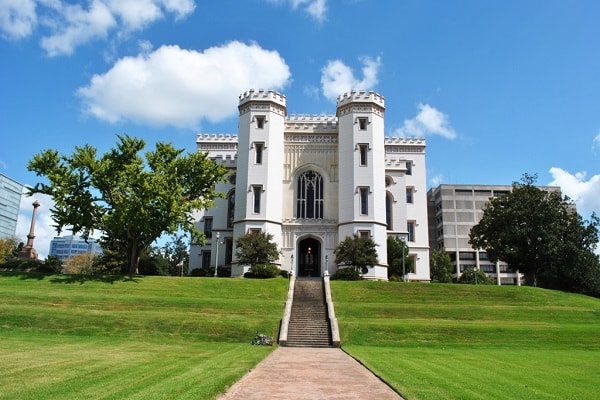 Louisiana's Old State Capitol, a Gothic architectural treasure, stands high on a bluff overlooking the Mississippi River. The 165-year-old statehouse has withstood war, fire, scandal, bitter debate, abandonment and an occasional fistfight. Today, the building stands as a testament to bold, inspired leadership and active citizenship. The building welcomed its first Legislature in 1852. It was the seat of government until January 1861 when legislators voted to secede from the Union in the House Chamber. Union forces captured Baton Rouge in 1862 and camped on the capitol grounds and in the building. While the building was occupied, a fire broke out destroying the interior, but the walls stood. In 1880, the state decided to re-establish the capitol in Baton Rouge. The architect added a fourth floor and the spectacular stained glass dome for which the building is known. The museum features engaging exhibits and the award-winning Ghost of the Castle show, an immersive production about the history of the building.